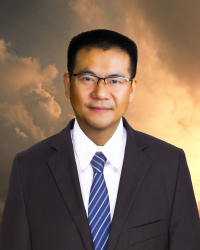 Pastor Paul Mao grew up in Henan, China. He was baptized in union with Christ in 2005. The following year, he and his wife, Laura immigrated to Canada and settled in Winnipeg, Manitoba. In 2009, he was called by God to ministry during the revival meeting of Pastor Yongxin Wang. In the winter of 2015, he responded to God's call and moved to Calgary with Laura and their son Timothy; he pursued further education at Ambrose Seminary and received his Master of Divinity. After graduating, he joined Mountainview Grace Church and served as a Chinese pastor in June of 2020.